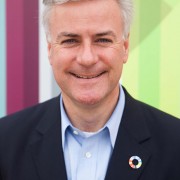 Jonathan Ortmans serves as president of Global Entrepreneurship Week, now in more than 140 countries, chair of the Global Entrepreneurship Congress, senior fellow at the Ewing Marion Kauffman Foundation and president of the Washington, DC-based Public Forum Institute.
In addition to the national Boards for GEW around the world, Jonathan also serves on the Boards of several non-profits including the Board of the Center for Entrepreneurship in Moscow.
Trained as an economist, with two startups and exits under his belt, he blogs weekly on high-growth entrepreneurship at entrepreneurship.org, and has emerged as a chief global strategist in building startup ecosystems around the world. Jonathan lives in Washington, DC, with his wife and three young children. 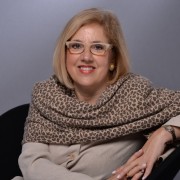 Shelly Porges serves as the National Finance Co-Chair for Ready for Hillary. She is the former Senior Advisor, Global Entrepreneurship Program at the U.S. State Department, part of Secretary Clinton’s Economic Statecraft policy initiative.
Ms. Porges’ career highlights include both corporate and entrepreneurial ventures, having worked as an executive at both American Express and Bank of America, followed by six startups with 5 successful exits and over $200million raised. 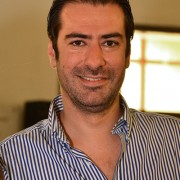 John Georgoulas was born in Athens, Greece. He has more than 15 years experience in strategic planning, branding, public and government relations gained in Greece and Cyprus.

He founded Starsound records a company with presence in Europe, U.S.A, Israel , Japan and Australia managing young artists and releasing their music. He is a founder of Wizworks, a public relations and below the line advertising firm in Athens handling projects from multinational companies in the field of Technology, Retailing and entertainment. He is also a founder and managing director of Way out communications ltd. A Public Relations firm based in Nicosia, Cyprus working with multinational accounts and organizations.

From 2010  he is the General Manager of The Economist events in Cyprus operated by Hazlis & Rivas co. ltd organizing 2 major events every year in the areas of Public policy, Finance and Energy.

Since March 2013 he is appointed as senior advisor to the CEO at The Paraskevaides Group, and since October 2014 he is the director of the International Presidential Business Advisory Council in Cyprus.

He holds a BSc in Business Information Systems from UCLAN, a Post Graduate Diploma in Business Administration from Kingston University and a Diploma of Higher Education in Computer Sciences from Portsmouth University.

He is President of AHEPA( American Hellenic Progressive Educational Association) ACY001 “George E. Paraskevaides O.B.E.” in Cyprus , he sits in the board of Friends of Shriners Cyprus  and he is Advisor for Cyprus at Industry Disruptors / GEW.